The Current Rise Of Women Entrepreneurs

As the positive movement for gender equality in the workplace gains significant momentum, the data not only shows forward motion, but many opportunities to be taken advantage of. Cultural progress is of little value unless there is a framework to channel mindset and behavioral transformation into actions and results.

My wife, Nicole Gleeson, and I are business partners in our latest venture, and we would be nowhere without her vision, leadership, tenacity and drive. This is also why we partnered in writing this article, which is intentionally published today – International Women’s Day. Several years ago she was an executive working in “corporate America” and was constantly plagued by harassment, salary inequality and by feelings of insignificance. She was young and working in a male-dominated industry always asking herself, “How did I even get this job?”

This female confidence challenge was also described as the “imposter syndrome” by Pauline Claunce and Suzanne Imes. Women frequently express that they don’t feel they deserve their job and are “imposters” who could be found out at any moment. Claunce and Imez found that women worry more about being disliked, appearing unattractive, outshining others, or grabbing too much attention. Often times, dreams and aspirations landing on the side-burner of life once getting married and having children.
Saying to oneself, it’s just not practical to pursue certain passion projects or a new career – or any career. Being a wife and mom is a full-time job, right? I have new responsibilities now, right?
But what about reflecting on what you might regret years down the road if you don’t change the way you think about your reality? What’s holding you back? Why not make some simple changes and execute? Now!

Usually, the only person standing in the way of our own success – however we choose to define it – is ourselves. Men and women alike. We allow our inner voices to take over and tell us we’re too busy, certain goals are unattainable, or we have to be strong and stoic supporters for others. So we put our “selfish” desires and pursuits aside. For Nicole, she had lost her professional confidence after having two children and had been out of the workforce for almost three years. She had to reevaluate her mindset and find her passion, which she rediscovered in entrepreneurship.

Women have long been underrepresented in entrepreneurship, yet the number of women entrepreneurs in the US has increased over 30 percent since 2007. For some more recent and interesting data, according to Smallbiztrends.com, 57% of women business owners expected their revenues to increase in 2018. This suggests that women-owned businesses are just about as likely to grow at a similar rate as male owned businesses (59% of male-owned businesses said they expect revenue growth).

Over the past 15 years, these women-owned firms have grown at a rate 1.5 times greater than other small businesses and were estimated to provide more than 5 million jobs by 2018. Whether women more quickly become dissatisfied with climbing the corporate ladder or just can’t ignore the drive to pursue their passions, female business owners have historically begun their entrepreneurial journeys earlier in life than their male counterparts. According to a Guardianfinancial.com survey, 51 percent of female business owners were under the age of 50 when they launched, compared to 44 percent of men. However, the largest group of female respondents were in their fifties, so it seems women are becoming business owners at almost every stage of adult life.

The latest numbers regarding women in business can’t be ignored. There are 9.1 million woman-owned businesses nationwide, employing 7.9 million employees and generating $1.4 trillion in sales, according to the National Association of Women Business Owners.
Enough data already. The facts speak for themselves. The downside is that, in our opinion, barriers in the standard workplace environment, in some part, drive this growth in female entrepreneurship. News flash, not everyone wants to be an entrepreneur! Its terrifying at times. It involves emotional and financial rollercoasters than many can’t – or won’t - successfully navigate.
So how about leveraging the momentum of this great movement to generate tangible results? Culture transformations, whether they be in an organization, an industry or any environment typically fail unless there is a framework and diverse mechanisms to translate desire into action and lasting change.
For any leader or organization seeking greater levels of diversity and inclusion, we encourage you to use this four-tiered model:

Identify emerging female leaders within your organization. Mentor them! Embrace and support them! Create female empowerment groups within your organization. Empower them to have a voice. Define the desired results of greater levels of diversity and equality – they are endless. Identify the actions everyone – especially leaders and managers – must take to generate those results. Transform or develop values and expected behavioral norms that drive those actions. Create rituals and cultural experiences that support those beliefs that drive actions and lasting change. The time is now. Let’s get after it. 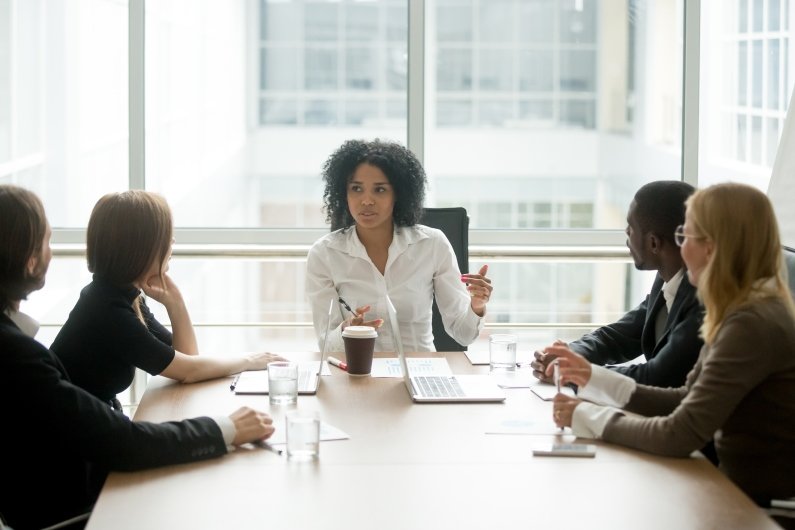